A small peep into life of a Indian Soldier!

Sometimes u come across certain things in life that force u to take a pause and ponder how different life can be for different people.

I am writing this not because I experienced something breathtaking but its just that these small encounters/incidents make me feel that life can be led in a simple manner with satisfaction. Sounds heavy isn’t it!
I am jotting down my thoughts because of two reasons a) I feel I should share it with people so as to know what the world feels abt this  and b) I feel these memories must be treasured (These days I tend to forget things easily).

Since childhood I had always admired people who worked for nation’s security, I mean people serving in the forces. I am not sure I ever wanted to be one of them (may be my physical built was not so) but I always wished that my brother should opt for serving nation. Two of my uncles serve in the Indian Army. Once I got a chance to visit one of them .He was posted in Pithoragarh then. It’s a city in the with limited connectivity. While in Pithoragarh we commuted thru Army trucks. It was a grand feeling. My uncle was a holding a rank of captain when we visited him. Every morning a uniformed soldier would come to arrange his uniform i.e. belt, stars worn on the shoulder and polish his shoes. I can recollect how my uncle valued the stars. For an Indian soldier, his uniform is a thing of pride.

That was the only exposure I had had to life of a soldier until November 2007, when I got a chance to live in Army cantonment.
We had chosen Jaipur as first destination of our trip to . While making prior arrangements for Jaipur visit, it clicked to me that why not I talk to my uncle for arranging accommodation (He had been recently posted in Jaipur).Frankly, this thought came in my mind  to save money and time spent in making accommodation arrangements in a famous tourist destination like Jaipur.
The arrangements were made and when I got off the train, two soldiers in uniform were waiting for us. They greeted us and drove us to guest house in Cantonment area.
Everything was so clean and in place that I felt its better than many 3 stars hotels in . We were informed that during our stay we will be accompanied by two soldiers and they will drive us wherever we tell them.
After freshening up, we had a look at the prepared list of places to visit in Jaipur. It was already 5 pm, so we discussed with them what can we visit in the span of 2-4 hrs. Till then they were treating us as Sahibs and we had limited conversation.
While roaming around we initiated the talk putting forward queries about city, culture etc. They told us that its first time that they were driving for civilians .Usually they drive their Sahibs to their offices/home and don’t talk much. The two had different personality, one of them Mr.Rajendra was a man of few words, sincere, calm while the other who in his late twenties had recently joined Army, was talkative, quick.
I had obvious interest in knowing life of an Indian soldier. I started asking questions abt their job profile, daily routine etc.
It seemed to me a leisurely job with all most nothing to do the whole day and wars with enemies happening once in 10yrs.I was amazed in my own imaginations that Is this what an average Indian soldier does, attending to guests of Sahibs and roaming arnd with them for sight seeing.

Mr. Rajendra told us that as part of their fixed daily routine, they woke up at dawn to follow a schedule of rigorous exercise for 2 hrs. After that they get back to barracks to get ready for reporting at arnd 8.30 a.m. It is very essential for a soldier to always be mentally and physically fit and prepared for an emergency situation. They can be called for duty to any part of .Their families usually don’t live with them and they get to visit them once or twice a year. Indian soldier is an independent human being who is expected to perform tasks like cooking, washing clothes as well as fight on the border.

While on our way to Albert Hall, Mr. Rajendra asked his companion to stop the jeep at Sainik Sthal. It’s a memorial of many brave soldiers who laid down their lives while fighting for nation’s integrity and security. He saluted at the Jyoti and showed the memorials of his regiment “The Rajputana Rifles”. We could see the pride in his eyes while he narrated the valor of those courageous soldiers. It’s amazing how a soldier feels proud about deeds of his fellows whereas we civilians at time feel jealous about achievements of our colleagues. They salute their seniors not because it’s their duty but because they respect them.
Mr. Rajendra told us about Kargil war. He was one of the many soldiers who fought in this famous war of 1999.He narrated his experiences with calm which astonished me. He told us how every morning they would get ready for war not sure whether they would return to their base in the evening. He said when you have experienced death so close nothing else can disturb you. Thoughts like whether they would meet their family again always lingered in their mind but didn’t deter them from their duty. Where on earth do they get such courage from?

He told us that most of Indian soldiers (unranked) come from a farming background. Financial status of their family is always bad and working with Indian army ensures a fixed income and timely pension post retirement apart from benefits like CSD.

While we visited places like Amer fort, they waited (almost idle) for us for hours without frown. I think that is what they learn by being in Army. They can’t complain about situations. Imagine who would guard our borders if the soldiers start complaining abt the cold (negative temperatures experienced in Indo-China Border) and heat (Rajasthan’s scorching sun).

I couldn’t stop admiring these two men who enjoyed life as it comes and thanking them in my heart for protecting us from the enemy. 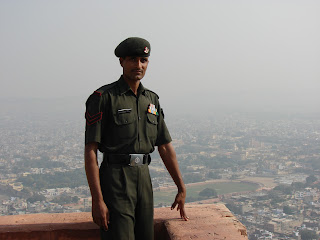 Our two day stay at Jaipur soon ended and we were so fond of Rajendra by that time that we decided that we will remain in contact with him. When we asked for his address and mobile number, he was surprised. I think that’s because there is lack of appreciation for these brave soldiers amongst us civilians.
We have exchanged photograph and telephonic calls with him after we came back from our trip. It’s been long though we talked with him. I sometimes visualize him standing at some border post with same calm and poise in far away region of with a confidence that nothing can dissuade him from his duty. 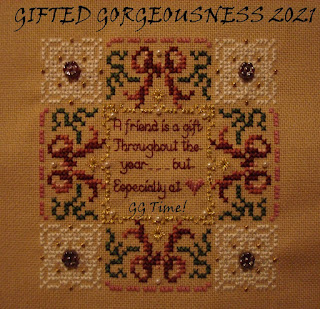